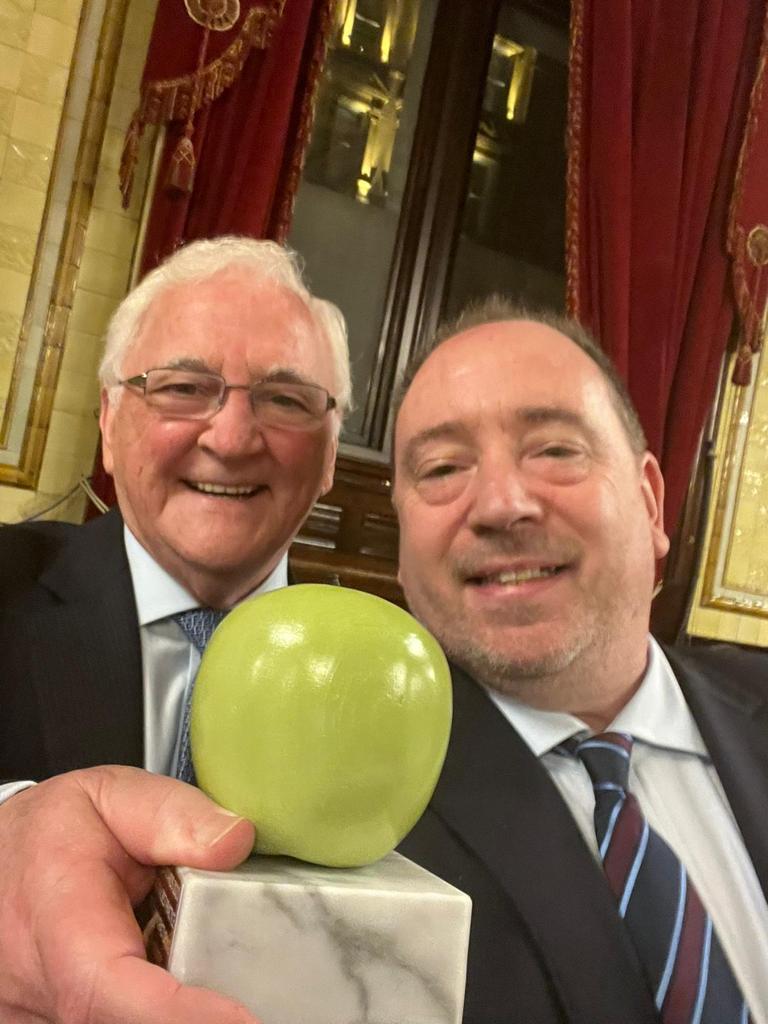 Ray Caulfield and Paul Hay were presented with the award by representatives of the Green Organisation at a glittering presentation ceremony held at The Royal Horseguards Hotel, in Whitehall, London. The original 2020 award ceremony had to be postponed due to the pandemic.

Paul confirmed, “Our aim with this project was to develop a lighting tower that was powered from a combination of solar and battery power, with just a small fuel-efficient diesel engine as back-up.”

“The X-SOLAR HYBRID has rapidly become a popular product with rental and construction organisations. To have its environmental qualities formally recognised is indeed an honour. This award has confirmed that the X- SOLAR HYBRID is an environmentally accredited product,” added Paul.

The X- SOLAR HYBRID is a LED lighting tower that is powered by a combination of solar energy, battery power, backed-up by an engine driven battery charging system to ensure continual illumination. The set features 4 no. 100watt LED lamps that deliver a light coverage of 2400 square metres, combined with up to 3000 hours of uninterrupted running without refuelling. For 95% of its operation the X-Solar Hybrid emits zero noise along with 97% zero emissions. In addition, the X-SOLAR HYBRID emits zero noise for 95% of its operation and, in contrast to metal halide bulbs that need an annoyingly long time to warm up LED lamps bring about instant light.

The Green Apple Awards are run by The Green Organisation – an independent, international, non-political, non-profit environment group dedicated to recognising, rewarding and promoting environmental best practice around the world.

The Green Apple Awards began in 1994 and have become established as the country’s major recognition for environmental endeavour among companies, councils, communities and countries.